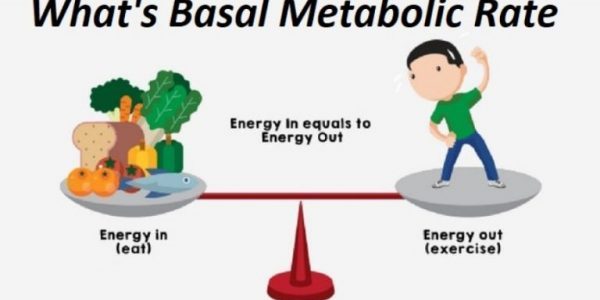 Building and repairing the body requires energy that ultimately comes from your food. The amount of energy, measured in kilojoules (kJ), that your body burns at any given time is affected by your metabolism.

If we eat and drink more kilojoules than we need for our metabolism and exercise, we store it mostly as fat. Most of the energy you expend each day is used to keep all the systems in your body functioning properly. This is out of your control. However, you can make metabolism work for you when you exercise.

Your metabolism has two parts, which are carefully regulated by the body to make sure they remain in balance. They are:

Your body’s metabolic rate (or total energy expenditure) can be divided into three components, which are:

Basal metabolic rate (BMR) – is the amount of kilojoules (kJ) burned at rest. BMR includes the energy the body uses to keep all its systems functioning correctly. It accounts for the largest amount of energy expended daily (50-80 per cent of your daily energy use).

Thermic effect of food – is the energy you use to eat, digest and metabolise food. It contributes about 5-10 per cent of your energy use.

The BMR refers to the amount of energy your body needs to maintain homeostasis.

Your BMR is largely determined by your total lean mass, especially muscle mass, because lean mass requires a lot of energy to maintain. Anything that reduces lean mass will reduce your BMR.

As your BMR accounts for so much of your total energy consumption, it is important to preserve or even increase your lean muscle mass through exercise when trying to lose weight. Maintaining lean muscle mass also helps reduce the chance of injury when training, and exercise increases your daily energy expenditure.

How to calculate your BMR manually without a BMR Calculator

Males and females have to use different equations to determine their BMR using this formula on the assumption that males have a higher percentage of lean body weight than females (more lean body weight = increased BMR).
Calculate your Basal Metabolic Rate (BMR) by using one of the following:

During heavy physical exertion, the muscles may burn through as much as 3,000 kJ per hour. Energy used during exercise is the only form of energy expenditure that you have any control over.

The energy expenditure of the muscles makes up only 20 per cent or so of total energy expenditure at rest, but during strenuous exercise, it may increase 50-fold or more. Estimating the energy spent during exercise is difficult, as the true value for each person will vary based on factors such as their weight, age, health and the intensity with which each activity is performed.

Various activities and the approximate amounts of energy (in kJ per kilogram per hour) typically used during them are:

Your BMR is influenced by multiple factors working in combination, including:

Your BMR rises after you eat because you use energy to eat, digest and metabolise the food you have just eaten. The rise occurs soon after you start eating, and peaks two to three hours later.

This rise in the BMR can range between two per cent and 30 per cent, depending on the size of the meal and the types of foods eaten.

Muscle tissue has a large appetite for kilojoules. The more muscle mass you have, the more kilojoules you will burn.

People tend to put on fat as they age, partly because the body slowly loses muscle. It is not clear whether muscle loss is a result of the ageing process or because many people are less active as they age. However, it probably has more to do with becoming less active, as research has shown that strength and resistance training can reduce or prevent this muscle loss.

If you are over 40 years of age, have a pre-existing medical condition or have not exercised in some time, see your doctor before embarking on any new fitness program.

Hormones help regulate the metabolism. Some of the more common hormonal disorders are concerned with the thyroid. This gland secretes hormones to regulate many metabolic processes, including energy expenditure (the rate at which kilojoules are burned).

Hypothyroidism (underactive thyroid) – the metabolism slows because the thyroid gland does not release enough hormones. A common cause is the autoimmune condition Hashimoto’s disease. Some of the symptoms of hypothyroidism include unusual weight gain, lethargy, depression and constipation

Hyperthyroidism (overactive thyroid) – the gland releases larger quantities of hormones than necessary and speeds the metabolism. The most common cause of this condition is Graves’ disease. Some of the symptoms of hyperthyroidism include increased appetite, weight loss, nervousness and diarrhoea.

Our genes are the blueprints for the proteins in our body, and our proteins are  responsible for the digestion and metabolism of our food. Sometimes, a faulty gene means we produce a protein that is ineffective in dealing with our food, resulting in a metabolic disorder. In most cases, genetic metabolic disorders can be managed under medical supervision, with close attention to diet.

Some genetic disorders of metabolism include:

Where to get help

As a 4 x World Champion, Sue Stanley is one of the most respected fitness experts in the world. Sue has just received an OAM, is a member of the Sport Australia Hall of Fame, an Australia Day Ambassador, and is the recipient of the Advance Australia Award for her contribution to sport.

FOR A LIMITED TIME

You can get my 12-Week Challenge